The big day started at three o’clock in the morning. We went to the hairdresser not only to get our hair done but also to be dressed in traditional wedding costumes.  It was still dark outside, we were half asleep, and the corner store was still closed, so there wasn’t a beer for waking us up.

It was still dark outside

Corner store was still closed, so there wasn’t a beer for waking us up

When hair and make up were done, it was time for a wedding dress

And more white powder was put on arms 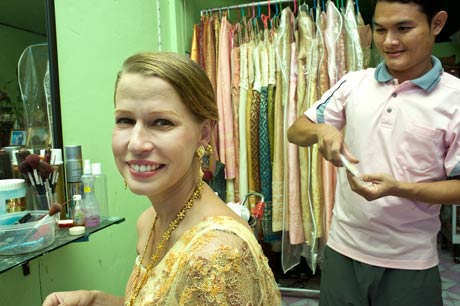 At the end some jewellery 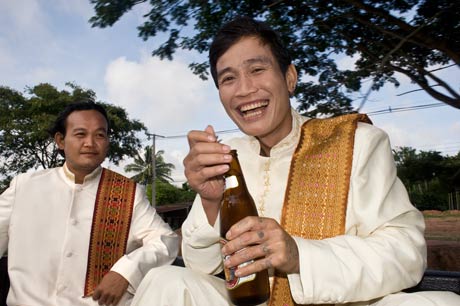 At home wedding guests were already waiting for as and the ceremony started immediately.

And then “fai” was tied on the wrists

Each “fai” must be thanked for

Food was served after the fais were all on our wrists. We sit on the floor, eating all Thai goodies with sticky rice. I was busy eating so there are no photographs. But I beg you to use your great imagination and picture this feast. Then the big shoot of portraits started. I brought my mobile “seamless’ and we hung it inside of house. It couldn’t be outside because that would be bad luck. 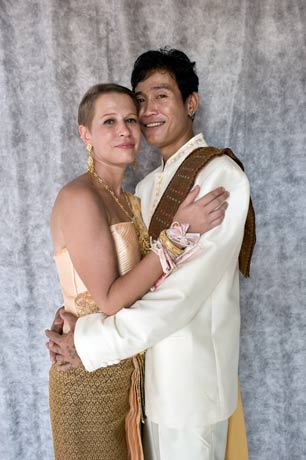 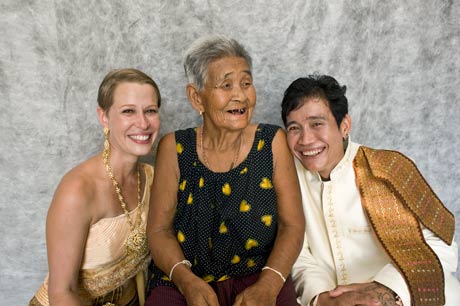 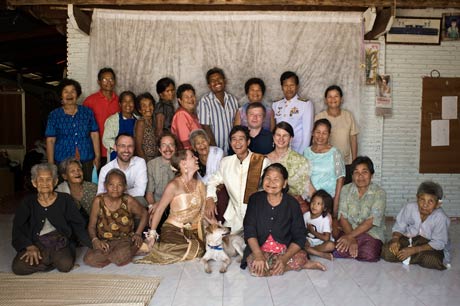 The seamless was too small for all people to fit in

Then we had to rush to the car, no one understood why and where we are going, they said to fireworks. We were packed like sardines on the truck, food, beer, rum and drinking water in a container were taking up the little space we have for ourselves. 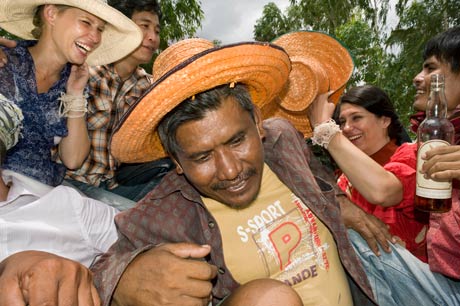 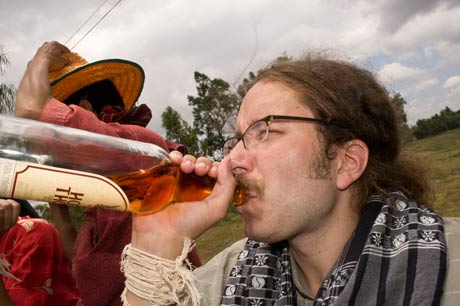 But we were all in high spirits

I found out later were we went. We went to Yasothon, the smallest province in the lower northeast of Isaan region. And it wasn’t for any fireworks but a Rocket Festival, which is celebrated each May at the commencement of the Rainy Season. The home-made rockets were fired into the sky paying homage to the God of Rains.

Everybody was drunk there; people were betting on rockets, the winner was which get the higher into sky. It was a big spectacle with dancing, screaming in excitement, talking, drinking, eating. And everybody was crazy about us farangs.

Everybody was drunk there

The home-made rocket was fired into the sky

People were betting on rockets

It was a big spectacle

Suddenly we had to leave. The family was getting worried about us, some of us were already quite drunk so they decided it’s time to go home, and continue to celebrate the wedding.

And how did the wedding end? With a dance to Thai and Czech music. 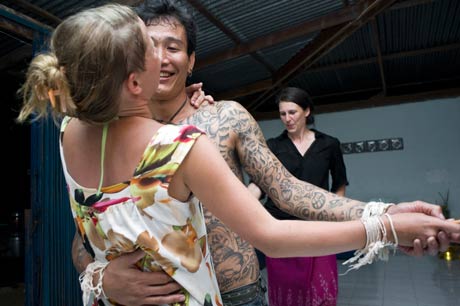