Hello from New York before the Hurricane Sandy

Once a year I try to go to New York to see my friends, to document New Yorkers life,
you know just be there, because is a great city I love.

I took a train from Montreal on November 19th. Borders are hell. Everyone who is
not US citizen is assumed to be a criminal, with question after question of emotionless
interrogation. I think custom officers’ first question to travelers should be what kind of
job they do. Then according to their job they should ask there questions.
I was asked when and what year I was last three years.

I was asked when the last time I was in US. Last year I answered. But I have US stamp
dated August 27, 2012… I was shocked – I was in the US and I do not know about
it! Much later I realized I flew via Philadelphia and my passport was stamped at the
airport.

Another trouble was that I had only a one-way ticket. To show the custom officer I will
not stay in US permanently, I showed her my return ticket to Prague. Well, I thought I
was flying to Prague, but I am flying to Munich… I answer all her (women are worse
than men) question incorrectly. I think I forgot even my name!

I do not like borders, I hate them, I always feel guilty of something even if didn’t do
anything bad (yet). I saw myself already returning back home, I saw poor Julian waiting
for me at the PEN station…and in desperation I took out Panos Pictures and my three
burqa and horse (I made in Dawson) business cards and these saved me.

I do not like boarders, I hate them, I always feel guilty of something I even didn’t do
anything bad (yet). I saw myself already returning back home, I saw poor Julian waiting
for me at the PEN station… and in desperation I took out Panos Pictures and my “three
burqa and horse” business cards that I made in Dawson, and these saved me.

My plan in New York was to find some gallery which will represent me and sell my
16” x20” silver gelatin prints. I have so many and they collect just dust. I went to see a friend,
Beth Schiffer, who owns Pro Photo Labs on Broadway and who printed for famous
photographers like Annie Leibovitz and knows important people in photography market.
She was very busy the week I visit her lab, so we made a plan to see each other again a
week later.

I filled my week with strolling in Brooklyn and Manhattan, used my analog camera,
my digital camera and the old Polaroid instant camera. Yes, instant camera is my new
expensive toy. 8 sheets cost 23 Dollars plus tax. But it’s fun. I’m curious how long my
interest will last. 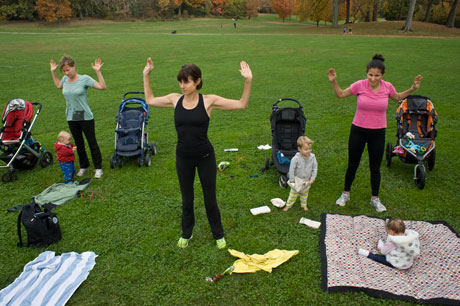 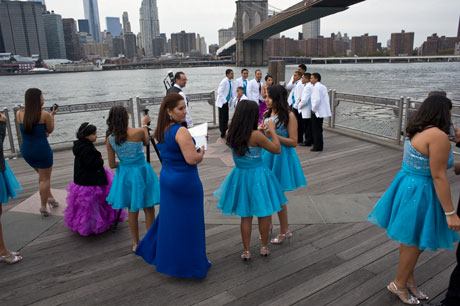 Hispanic families came to DUMBO (Down Under the Manhattan Bridge Overpass) to take photographs of girls who are celebrating their sweet seventeen. 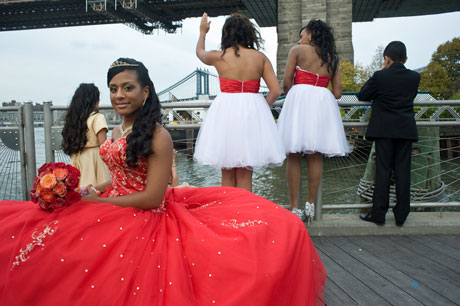 A Hispanic girl celebrating her sweet seventeen poses for a photo 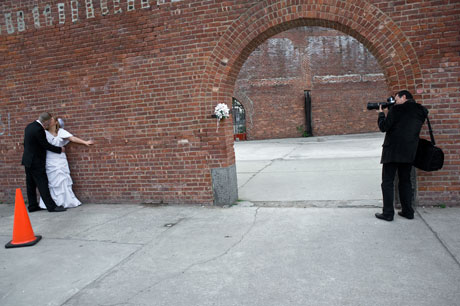 DUMBO (Down Under the Manhattan Bridge Overpass) is a favourite place for taking photographs. A newly-married Russian couple poses for a photo 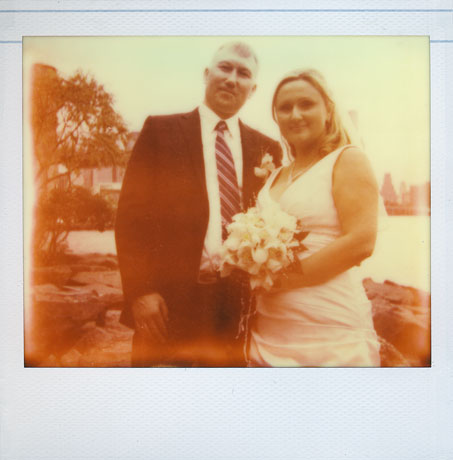 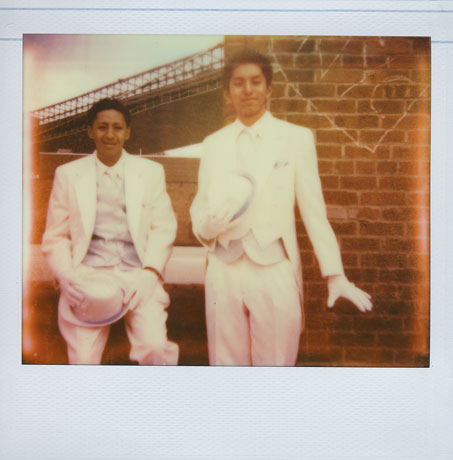 Two young Hispanic young who accompany
their “birthday girls” pose for a photo at DUMBO.
Taken with Polaroid instant camera 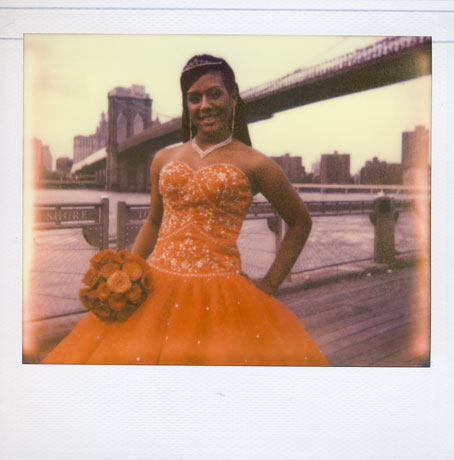 A Hispanic girl who celebrating her sweet
seventeen at DUMBO. Taken with Polaroid
instant camera 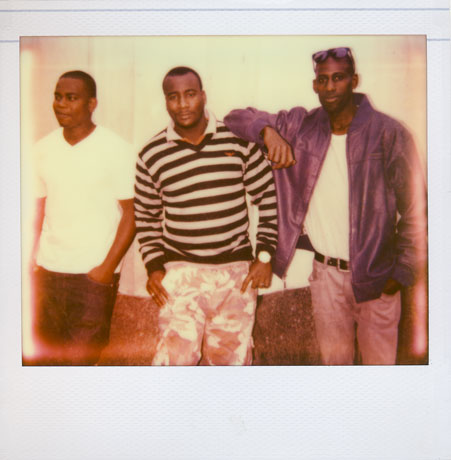 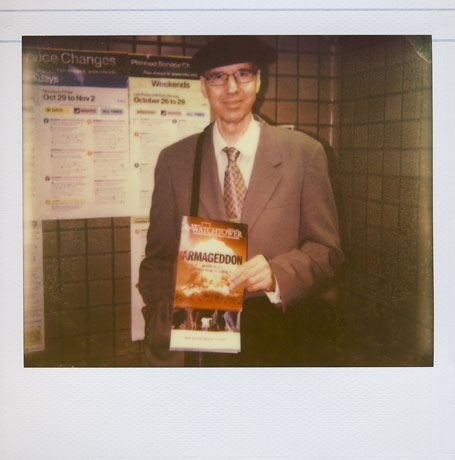 A man with watchtower. Taken with Polaroid
instant camera

Then Hurricane Sandy – Post Tropical Cyclone was moving toward New York.
This Superstorm was coming from the Caribbean where it left nearly 60 people dead, to
meet a winter storm and cold front, plus high tides from a full moon. Experts were saying
the rare hybrid storm that results will cause havoc over 800 miles from East Coast to the
Great Lakes. We really didn’t look forward to it.

But it was weekend (Hurricane still three days away) and Halloween parties were in full
swing. The subway was full of people in costumes. 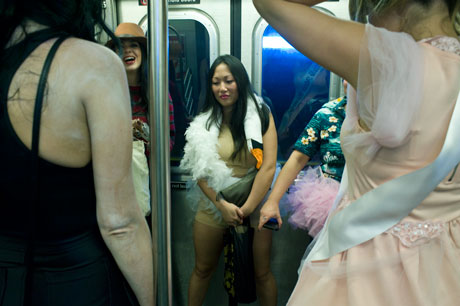 People going to a Halloween party 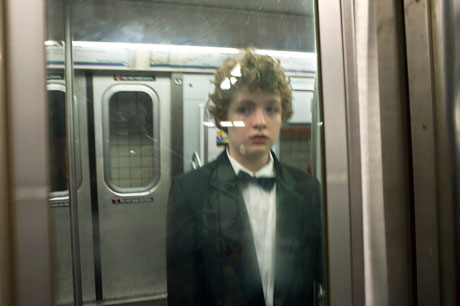 A boy dressed in a tuxedo 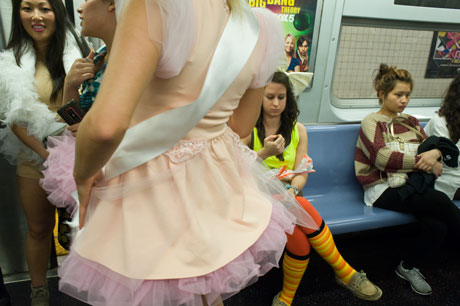 The subway was full of people in costumes

The weather was beautiful day before the storm. It was warm and sunny. Fishermen
were still fishing on the Coney Island Pier; some people strolled on the beach. But many
people  ere preparing for the coming storm. Sandbags were placed in front of building
and shops entrances. Shelters were opened in schools. Subway and bus service was
suspended beginning at 7 pm Sunday. 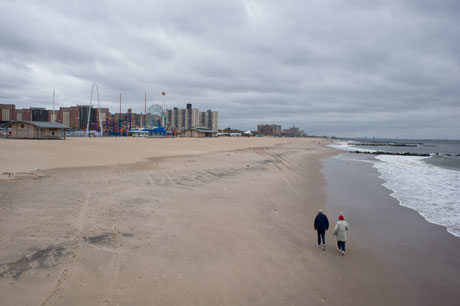 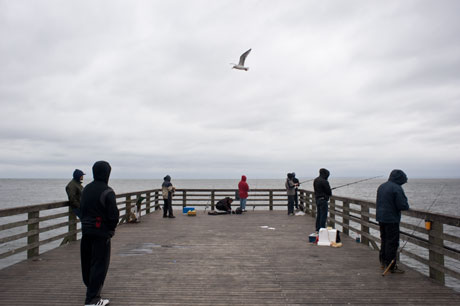 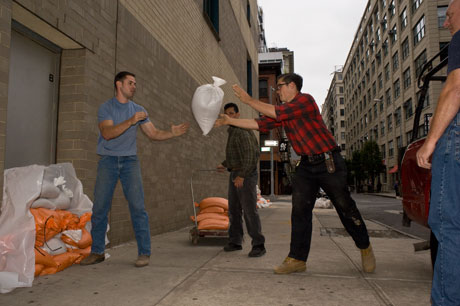 Sandbags are stacked in front of warehouse in DUMBO 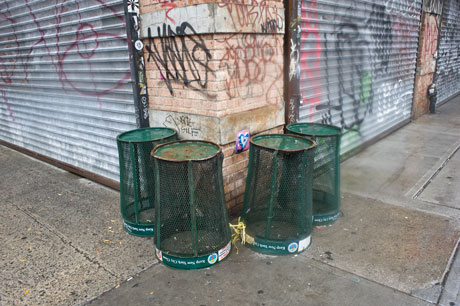 Rubbish bins were turned upside down 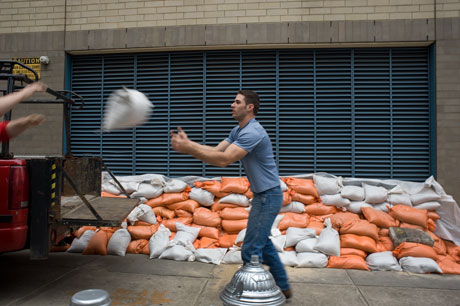 More sandbags were put in front of shops

The Superstorm was expected to turn landward on Monday.